So how do you feel about washing some feet? No, not yours. I’m talking about someone else’s dirty, stinky feet.

Personally, it’s not my jam. It’s not a foot thing for me. It’s a serious deficit in the servanthood department. I wouldn’t think twice about letting someone else wash my feet, but the thought of doing it for another person, even my kiddos, doesn’t even cross my mind. I’m one of those types that need to see service-in-action in order to follow suit. Thus, it’s no surprise God gave me my mother-in-law, who has modeled servanthood beautifully for me over the last twenty plus years!

When my kiddos were barely toddlers, Nana didn’t miss an opportunity to wash their feet caked with dirt after running outside with their flip-flops kicked off. She’d carry them from the backdoor to the bathroom sink to give them a good foot washing, even singing to them while she scrubbed. How the twins loved that royal treatment. They quickly learned that when Nana was in the house, it was time to go barefoot! 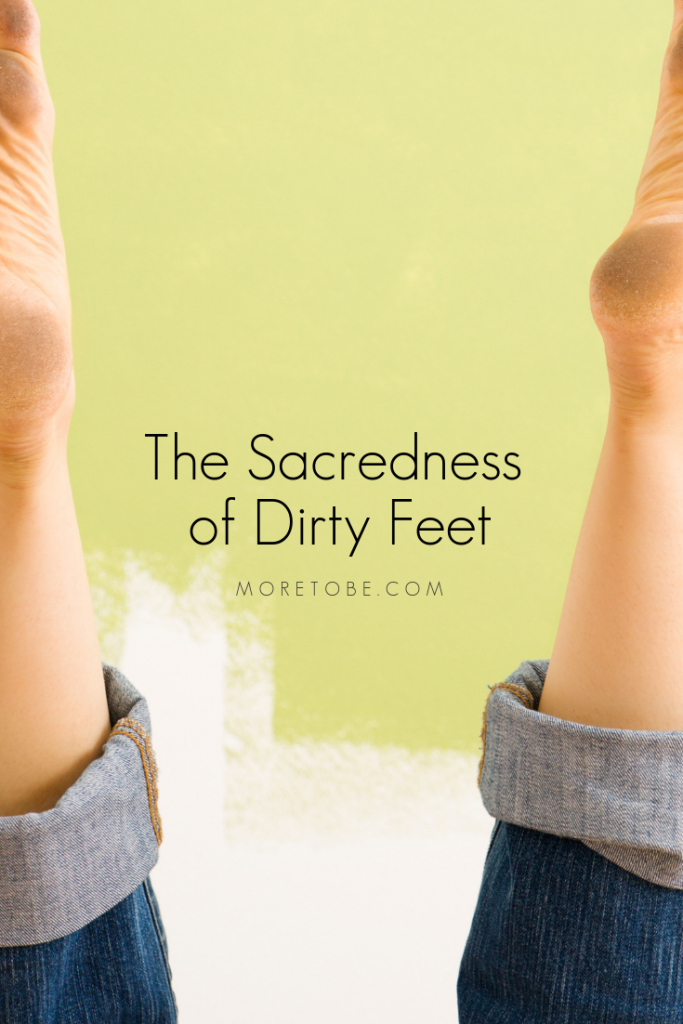 My response was quite the opposite! The first time I witnessed Nana’s foot washing, I cringed! Would they come to expect the same tender-loving-care from me too? I tried to find a decent excuse that would recuse me from such a task. Instead, the Holy Spirit laid the conviction on thick, bringing to mind the truths from John 13:1-5, 12-17:

It was just before the Passover Feast. Jesus knew that the time had come for him to leave this world and go to the Father. Having loved his own who were in the world, he now showed them the full extent of his love.

The evening meal was being served, and the devil had already prompted Judas Iscariot, son of Simon, to betray Jesus. Jesus knew that the Father had put all things under his power and that he had come from God and was returning to God; so he got up from the meal, took off his outer clothing, and wrapped a towel around his waist. After that, he poured water into a basin and began to wash his disciples’ feet, drying them with the towel that was wrapped around him. 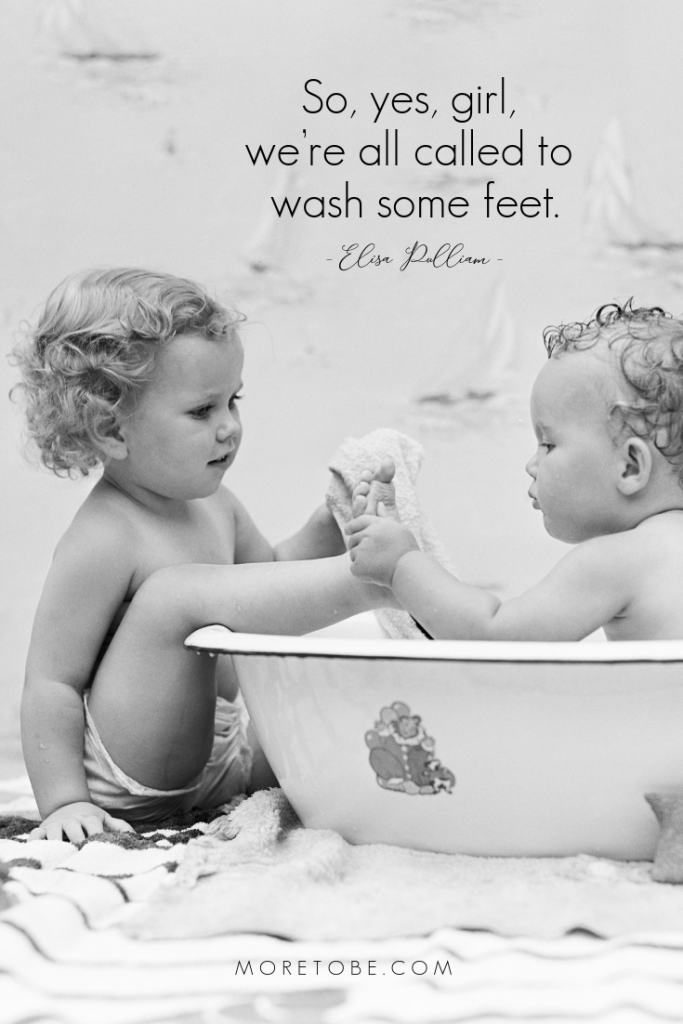 … When he had finished washing their feet, he put on his clothes and returned to his place. “Do you understand what I have done for you?” he asked them.”You call me ‘Teacher’ and ‘Lord,’ and rightly so, for that is what I am. Now that I, your Lord and Teacher, have washed your feet, you also should wash one another’s feet. I have set you an example that you should do as I have done for you. I tell you the truth, no servant is greater than his master, nor is a messenger greater than the one who sent him. Now that you know these things, you will be blessed if you do them.

Oh my, the sacredness of dirty feet crystalized in my mind. It was an opportunity to physically be like Jesus, not only with my children but toward anyone that comes my way.

Think about it . . . that stranger who gives you her feet is in such a vulnerable place as she entrusts herself into your hands to scrub the dirt away. What a metaphor for what Jesus does with our sin. What a beautiful opportunity to follow His example, not for our gain but His glory and kingdom purposes.

We have the privilege of walking in Christ’s footsteps, becoming His real love to one another through not only our words but also our actions.

It may come in the form of foot washing or a more run of the mill scenario, like fixing a drink for a thirsty friend, bringing a meal to a hungry family, picking up a co-worker whose car is in the shop, or doing another family member’s chores, because we can. 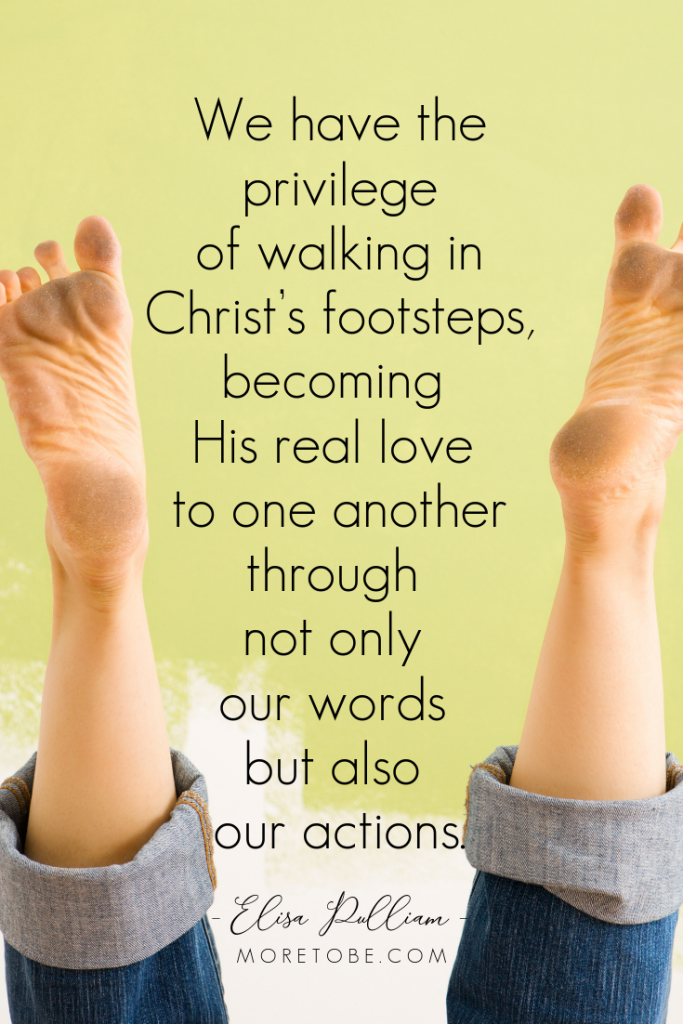 These daily opportunities before us provide an opportunity to grows our spiritual muscle of servanthood.

Through sacrificing our comfort, we co-labor with God in the sacred work before us.

So, yes, girl, we’re all called to wash some feet.

Whose will you start with today?